Infarm officially opened its Bedford farm in the UK on Monday. This will be their first large-capacity cultivation center in the country. The facility is 10,000m2 and has up to 40 Infarm units, each 10m high, all of which are cloud-connected agricultural units. Each unit can grow more than 500,000 plants per year.

Jeremy Byfleet (Regional Director of UK Operations at Infarm), Mohammed Yasin (MP for Bedford), Jo Churchill (MP, Minister for Agri-Innovation) and Erez Galonska (CEO and co-founder of Infarm) are about to cut the ribbon at the Bedford plant (Photo credits: Jamie Lau/Infarm)

Opening celebrations at the facility included addresses from Jo Churchill MP, Minister for Agricultural Innovation and Climate Adaptation at the Department for Food and Rural Affairs, and Mohammad Yasin, MP for Bedford , both recognizing the importance of ensuring domestic food production goes hand in hand with the safety of providing the UK population with fresh produce while respecting the environment through innovative and exceptional technology. 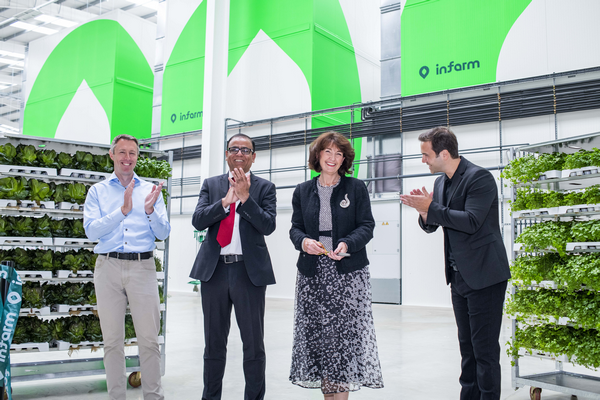 And the farm is officially open (Photo credits: Jamie Lau/Infarm)

Minister for Agri-Innovation and Climate Adaptation, Jo Churchill, said: “Infarm is capable of producing up to 20 million plants across the UK each year, and its new factory in Bedford will be a tremendous boost for the local economy. leaders in innovation. Our food strategy is committed to boosting food production in sectors such as horticulture, and we are spending £270m to unleash innovation in agriculture. With each unit having the potential to grow over 500,000 plants per year, Infarm is a great example of innovation being used to improve productivity – and I am delighted to support the opening of this facility today.” 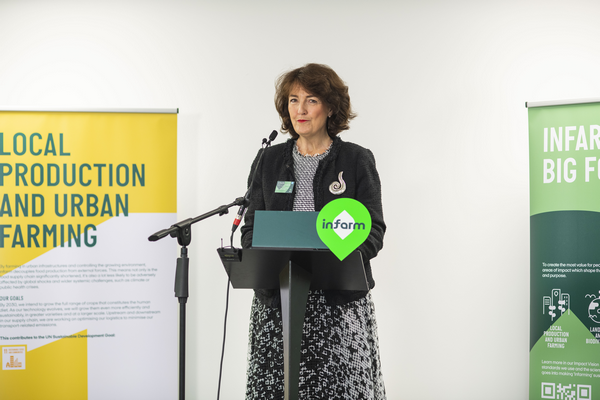 Danger of imports
Mohammad Yasin, MP for Bedford, said: “The UK is overly dependent on food imports which puts us dangerously at risk of food insecurity and soaring food prices, so I am really pleased that Bedford is home now one of Europe’s largest vertical farming facilities at the forefront of new ways to grow more food domestically.The prospect of growing food with a low carbon footprint, without the need for chemical pesticides, by Using the latest green technologies holds great promise, and it’s great that Bedford can play its part in bringing food closer to people on a scale that could one day feed the nation.”

Erez Galonska, CEO and co-founder of Infarm, said: “The Infarm Grow Center in Bedford allows us to significantly increase the amount of locally grown fresh produce in the UK. Fully equipped, we will be able to deliver up to 20 million products locally. and freshly produced plants to our UK partners every year. » 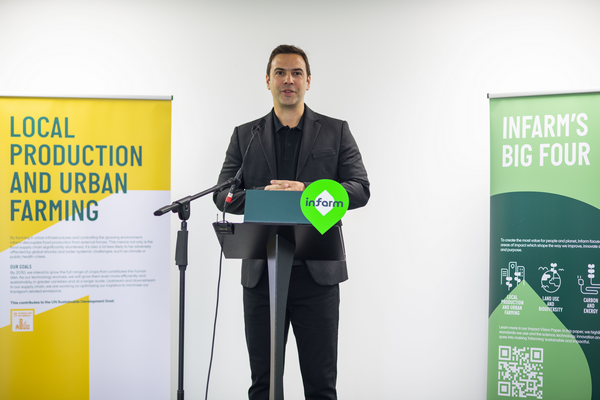 Erez Galonska gave a speech in front of all the visitors (Photo credits: Jamie Lau/Infarm)

He said Infarm is grateful to contribute to safe and sustainable food production in the UK. Jo Churchill and Mohammad Yasin, whom the company is honored to welcome to Bedford, are recognized and supported. The opening of this UK facility is part of Infarm’s goal to change the food system for the better by improving the safety, quality and environmental footprint of our food. 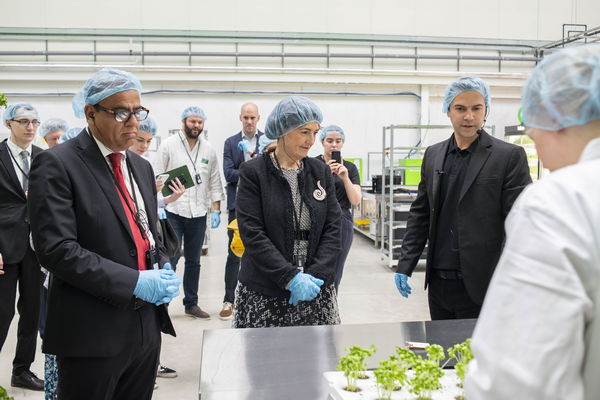 The entire cultivation process was covered during the tour (Photo credits: Jamie Lau/Infarm) 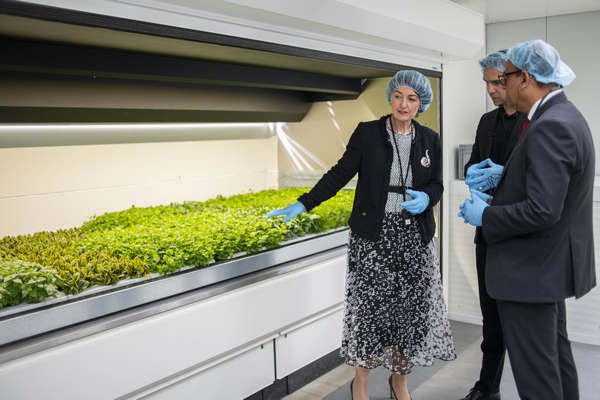 The Minister of Agri-Innovation in front of a modular agricultural unit (Photo credits: Jamie Lau/Infarm) 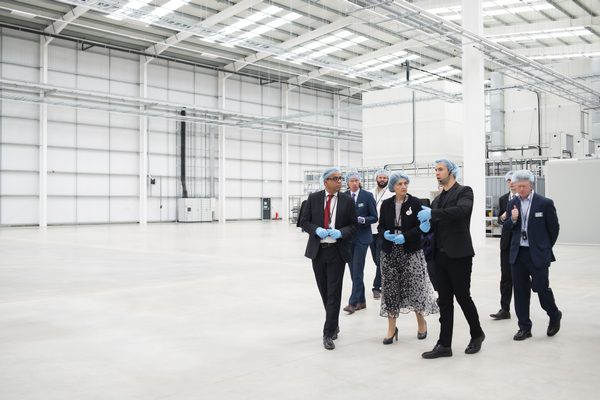 Erez made sure to explain every aspect of the farm (Photo credits: Jamie Lau/Infarm) 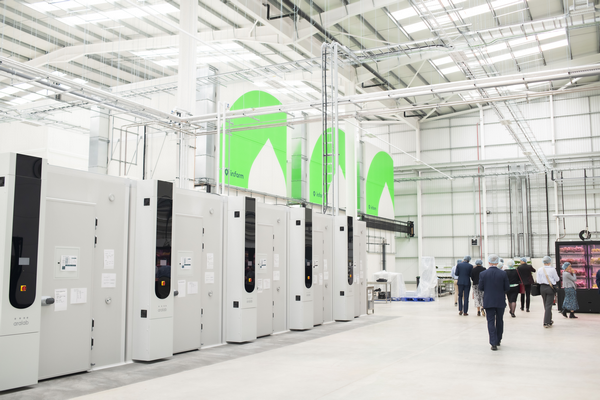 An overview of the installation (Photo credits: Jamie Lau/Infarm)

The new Bedford Grow Center will be part of Infarm’s expanding global network of vertical farms. By the end of 2030, Infarm plans to expand to 20 countries. Each vertical farm is connected to a central agricultural brain that continuously collects data to improve plant yield, taste and nutritional value, while further reducing the use of natural resources.