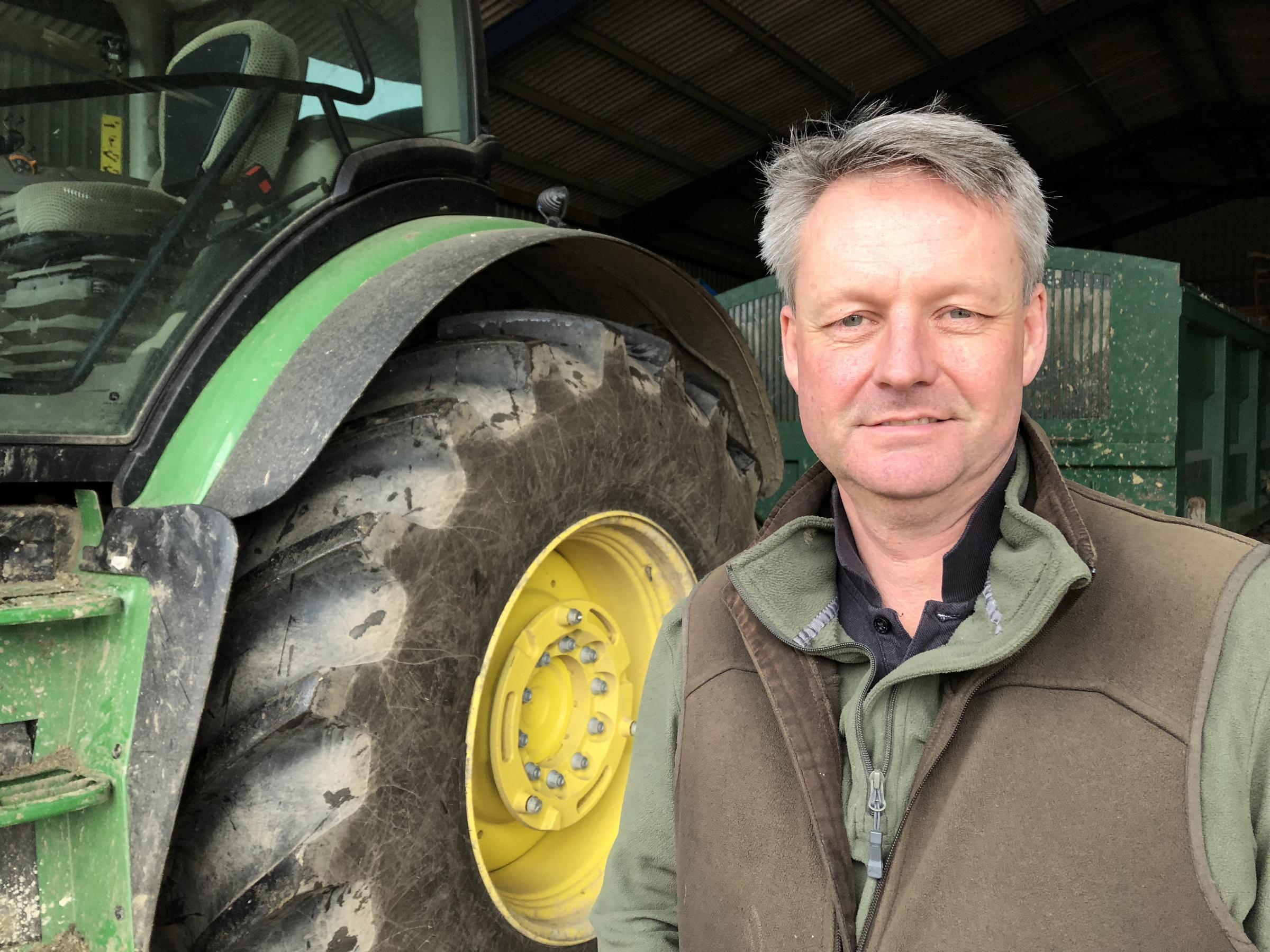 A Welsh farming couple have urged those with mental health issues to ‘go talk to someone’ after speaking out about their own struggles.

Richard was diagnosed with depression in 2001 and was placed on strong antidepressants. He also saw a psychiatrist, with treatment lasting almost 2 years.

“I didn’t really know I needed help. You don’t know until you are told. Inside you don’t recognize that you’re depressed,” he said.

“Someone on the outside has to look inside and say there’s something wrong with you, you’re not right. But what’s strange is that you you’re always the one who has to decide to go get that help. You can’t be forced into that.”

Agriculture is notorious for its harsh working conditions, including isolation and long working hours. The RABI Big Farming Survey found that more than one farmer per week commits suicide.

Less visible, the survey points out, are the high rates of poor mental health and poor quality of life.

While farmers have to manage their working conditions, many are also under immense pressure as uncertainty about the future casts a shadow over their farms.

His mother was the first to realize that Richard needed help. “She knew something was wrong and I needed help,” he said.

“I guess now it would be my wife who would notice. My mom noticed a change in my personality. Mood swings, less talkative.

“If you’re close to someone, in a relationship, husband, wife, mother, father, son, whatever, you just know. Good friends can probably tell there’s something wrong too. “

Almost half of those surveyed said they experienced some form of anxiety, with a smaller group (12% and 16% respectively) experiencing moderate or severe anxiety.

Recalling the early stages of his poor mental health, Richard said: “It was a very dark time. I didn’t want to get up in the morning. Being on a farm is a must.

“You have to feed the cattle, it’s about sucking it up and moving on. It was very dark.”

“You can’t ask for help, you just don’t. That’s where seeing a psychiatrist helped. He was a complete stranger and you sit in a room and talk. They don’t judge you not.

“Unless you’ve had it or know someone who has, you’ll never really understand but how to explain it to someone who’s never had to deal with it.

“You can have all the good will in the world, but it won’t prepare you for it. It’s such an underrated disease. You can’t see it, and yet it’s so dangerous.”

While farming isn’t the only cause of Richard’s poor mental health, research has found that there is a connection between poor mental health and a specific agricultural sector, particularly for pasture and livestock farmers. lowland pastures.

“If you have cattle and the farm, you have to keep going. Animals don’t understand if you’re having a bad day, they’ll just know they haven’t been fed.

“Farming is what keeps me going and also what causes a lot of anxiety and stress,” Richard said.

“Farming is not made easy by everyone telling you what to do. It’s definitely not easy right now and the government is throwing everything at you, including the kitchen sink.

“I wouldn’t say it’s the root cause of my mental health issues, but it certainly doesn’t help. I couldn’t and didn’t want to do anything else, but there are days when I don’t want anything do to all.”

Talking about your day-to-day problems and worries is often encouraged to deal with stress and anxiety, but for Richard it wasn’t that simple.

“You can give someone as much advice as you want, it’s up to them to get the help in the end. For those going through this right now, go talk to someone.

“And if you’re so down you can’t, I hope there’s someone out there who understands and sees that you need help but you can’t ask for it,” he said. -he declares.

Aware of the signs of poor mental health, Rachel knows how important it is to take care of her own mental health.

“I’m very lucky to have good friends, so when I’m not having a good day, I can call them up and crack a joke and laugh. Sometimes I just need a bit of normalcy.

“We drove a lot empty and it’s not so easy to take care of me. Something always happens, lambing, losing a calf. I have a job off the farm now which is my escape and my release and I love it.

“I also like to go out for coffee with friends, which hasn’t been possible in recent years. If something worries me, I write it down and make a list to manage my own stress.

“What’s not always easy is making sure Richard is okay because we live in separate homes,” she said.

The future is something Richard and Rachel have mixed feelings for, and they’re not the only ones foreseeing complex challenges.

Although farming communities are generally quite optimistic about the future, uncertainty and change play in their minds.

Rachel said, “We don’t know where agriculture will be in a few years, and we’re very concerned about that. The rising cost of living, the cost of on-farm inputs and general uncertainty are serious concerns.

“We have good days, we have very dark days. I can’t make Richard better, but on a gray day I will try to make him understand why he matters and why he is important to us.

“The challenges that agriculture throws at us, we will meet them together, for the richest for the poorest.”