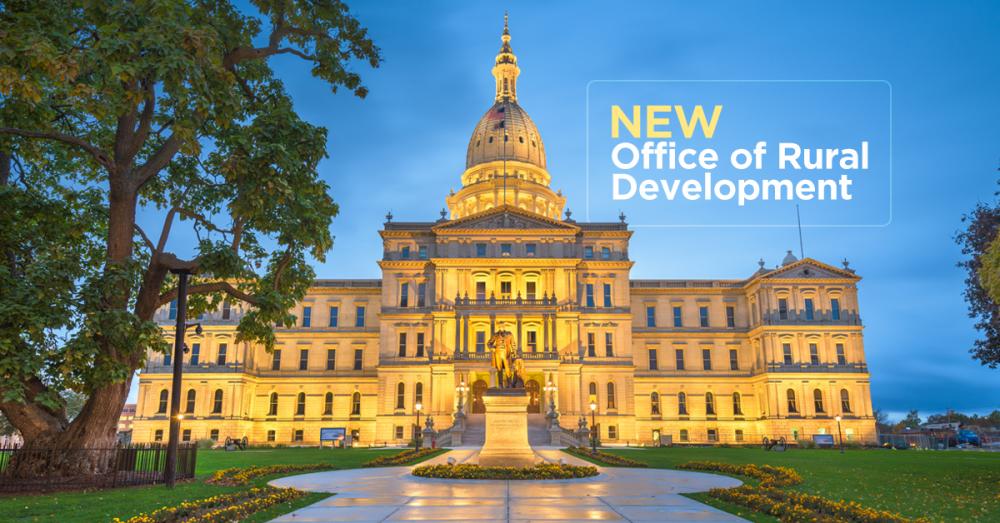 LANSING – Governor Gretchen Whitmer on Tuesday signed an executive directive establishing the Office of Rural Development within the Michigan Department of Agriculture and Rural Development.

The Office of Rural Development will focus on all rural matters, providing advice on pressing issues in rural Michigan

“Rural Michigan is a fundamental part of Michigan’s economy,” Whitmer said. “By creating the Office of Rural Development, we recognize the unique challenges and opportunities in our rural communities and are implementing policies and making investments to put Michiganders first. This new office will play a crucial role in supporting MDARD’s efforts and leading new ones as we all work together to build a more prosperous rural economy.

The Rural Development Office will have, among others, the following responsibilities:

– Collaborate with the Michigan Economic Development Corporation and other stakeholders on rural economic development.

– Work with the Michigan State Housing Development Authority to facilitate the development of affordable rural housing.

– Promote sustainability, environmental preservation and the development of green energy.

– Address the ramifications of population and demographic trends in rural Michigan.

– Work with the Michigan High-Speed ​​Internet Office to facilitate the expansion of high-speed Internet connections in rural communities.

– Coordinate with tribal chiefs in that state on issues facing rural Michigan.

“We are committed to investing in our communities and rural businesses through job creation, broadband and infrastructure expansion,” said Gary McDowell, director of MDARD. “The new rural development office will laser focus on revitalizing Michigan’s rural economies and partner with them on the critical issues they face. “

A new senior official at MDARD, the Rural Development Assistant, will head the office and be the state point of contact for community leaders on pressing rural issues.

InvestUP CEO Marty Fittante noted that the organization helped launch this effort to align state actions with several of InvestUP’s priorities for the region.

“The main one is to tackle the loss of population and its underlying problems”, Fittante says. “Unlike more metropolitan areas in Michigan, the state’s rural areas are losing population and the people who stay in those communities are aging.”

InvestUP is a private sector-led economic development organization focused on economic growth in the Upper Peninsula.

According to the 2020 census, 14 of the 15 counties in the UP experienced population loss between 2010 and 2020. In response to new census data, InvestUP conducted a regional study and identified issues directly related to these population changes. including housing, rural health care delivery. , and the delivery of education. Broadband and child care are also fundamentals.

Across the region, business owners are struggling to attract and retain young workers to nurture the pool of aging talent.

“Having started the conversation here at the UP after years of strategy development and advocacy by dozens of stakeholders across the state, it is gratifying to see this new executive-level office come to fruition.” , said Fittante. “We are grateful for the leadership of Governor Whitmer and the commitment of Agricultural Director Gary McDowell, as well as for the hard work of Senator (Ed) McBroom and members of the UP Legislative Delegation who helped defend the creation. of this new office. “

The latest news of the day and more in your inbox